I have decided that my Mazda 787B will be getting a driver! I started thinking it would be useful if I had a scale figure to help get the seat belts installed correctly… and then decided it would be interesting to go ahead full and model the driver. This will be my first meaningful attempt at a figure, so we’ll see how it goes.

I may have not have mentioned that my model is based on the Mazda 787B as it is now, based heavily on the Super Detail File: Mazda 787B magazine. I think this shows the car as it was presented for the 20th anniversary of its win, at Le Mans in 2011. I will base my driver figure on Johnny Herbert as he drove the car for the Le Mans lap in 2011. Here are a couple of photos of him (from this Youtube video.)

The suit is a little different from what was worn in 1991, see below. Oddly, older Johnny wears a Michelin patch on his suit, but photos show the car still had nice big Dunlop logos on the tyres in 2011. Go figure. Anyway, Ill be making up a bunch of custom decals for the driver. The figure itself is a 1/12 figure from Model Factory Hiro. I have selected Type 5 (nominally for ‘SB’, Stefan Bellof) as it comes with a full face helmet, so not much of Johnny’s (Stephan’s?) face will show anyway.

One thought on “The car will have a driver!” 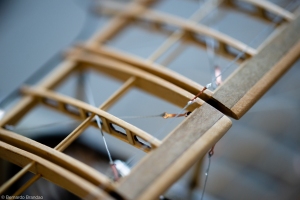